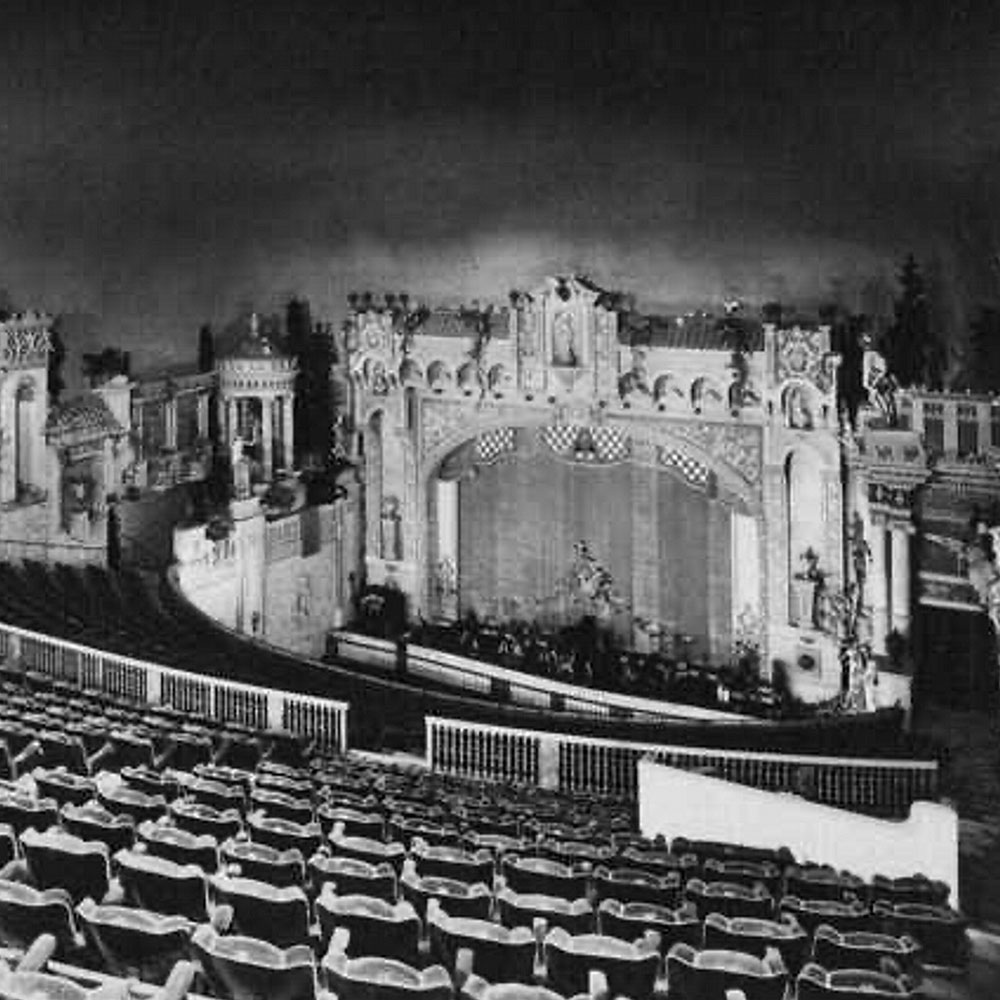 The Ambassador’s was built for the Union Theatres chain and was Australia’s second atmospheric theatre; it was preceded by the Capitol Theatre in Sydney, which had opened in April 1928.

Stuart F. Doyle, head of Union Theatres, had visited America in 1927. Contemporary newspaper articles show Eberson touring Doyle and his wife around the Riviera Theatre in Omaha (now the Rose Blumkin Performing Arts Center) which was intended to be duplicated for both the Sydney and Perth theatres. Following the US visit, Doyle imported designs from John Eberson which were adapted as necessary by Union’s architect Henry White. White completed plans for the Ambassador’s and the Capitol just two months after visiting the Omaha theatre, lending great weight to the theory that the designs were imported from Eberson’s office and merely tweaked as necessary for their Australia counterparts.

The theatre was taken over by Hoyts Theatre in the 1930s, and over the years they removed many of the statues and other decoration. The theatre’s Wurlitzer organ was removed in 1946, to be installed in the Regent Theatre, Melbourne, which had been destroyed by fire.

, and was subsequently demolished. Wanamba Arcade was built on the site, including the 750-seat Hoyts Cinema Two, which opened in 1973.