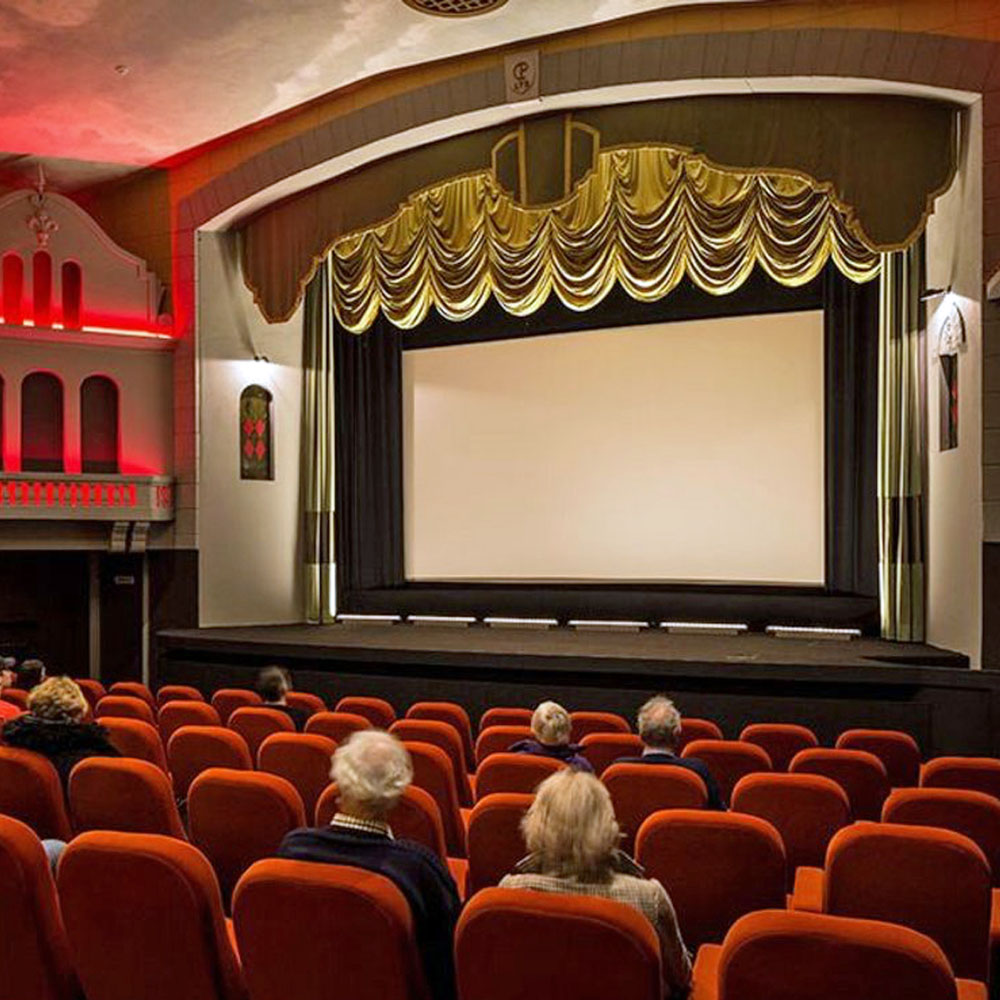 Reopened as an Atmospheric Theatre: 1935

In 1931 the cinema closed for 11 days to allow sound equipment to be installed.

In 1935, Albert V. Gardner, the original architect of the cinema, was brought back to modernize the cinema’s interior with an Atmospheric style, the theme being that of a Mediterranean courtyard. The two small buildings in the auditorium on either side of the projection screen (one a Spanish mission style house, the other a half-timbered structure with pantile roof and castellated tower) became to be known as the “wee houses”. One building houses the manager’s office and the other is a store room.

Part-time bingo was introduced in 1963 and ran alongside films until 1986 when the cinema closed. Thereafter, the building was taken over by the Campbeltown Community Business Association and a sizeable fundraising effort resulted in the building being refurbished and reopening in 1989.

The building was granted Historic Scotland

Grade B Listed Building status in 1989, subsequently upgraded to Grade A in 2007-2008 as part of Historic Scotland’s Cinema Thematic Study. The Campbeltown Picture House currently exhibits both first-run films and classic movies.