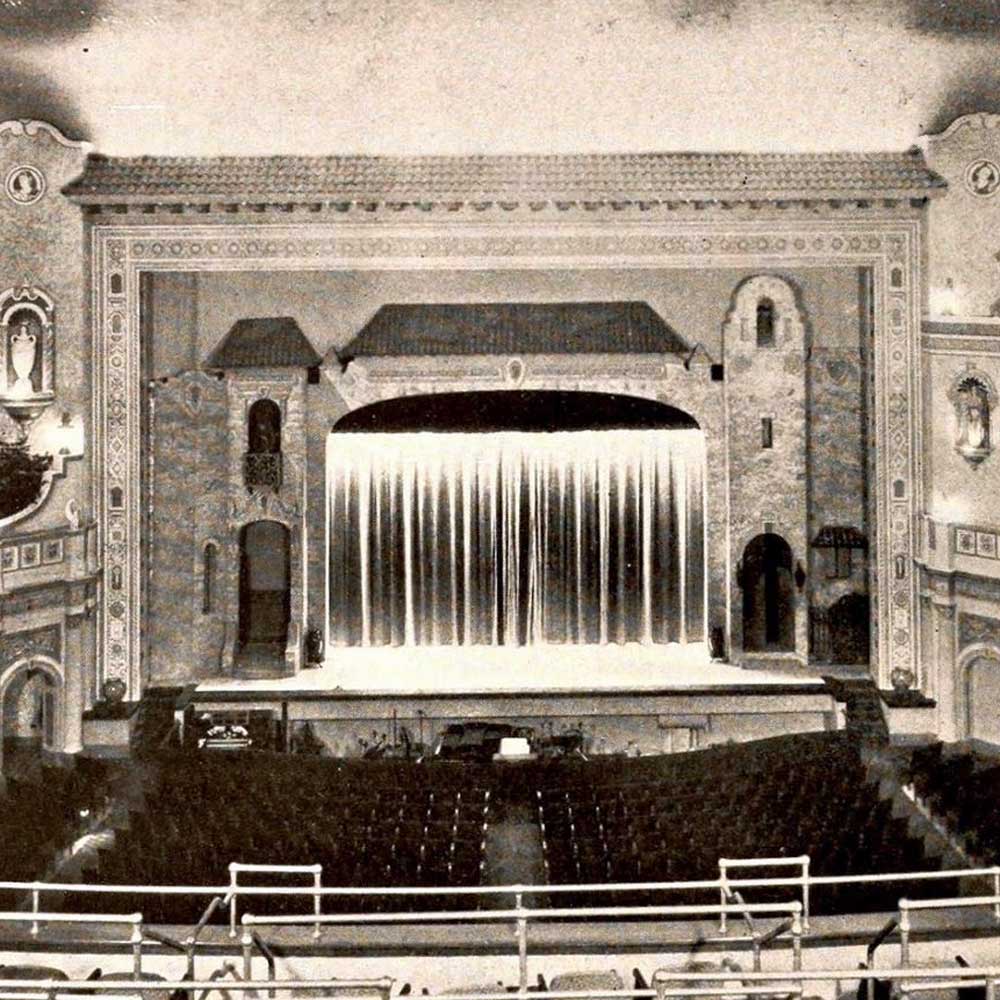 The theatre was notable for the lobby being designed in the atmospheric style in addition to the auditorium, including cloud machines for projecting moving clouds onto the lobby’s blue sky ceiling.

The theatre was remodeled in the 1950s for Associated Theatres Circuit, to the designs of architect Jack Alan Bialosky. Much of the original Spanish style décor was removed.

The theatre closed in 1969, and was demolished later that year to make way for a Shell service station. The gas station was demolished in the 1980s and is now the site of a Pizza Hut restaurant.