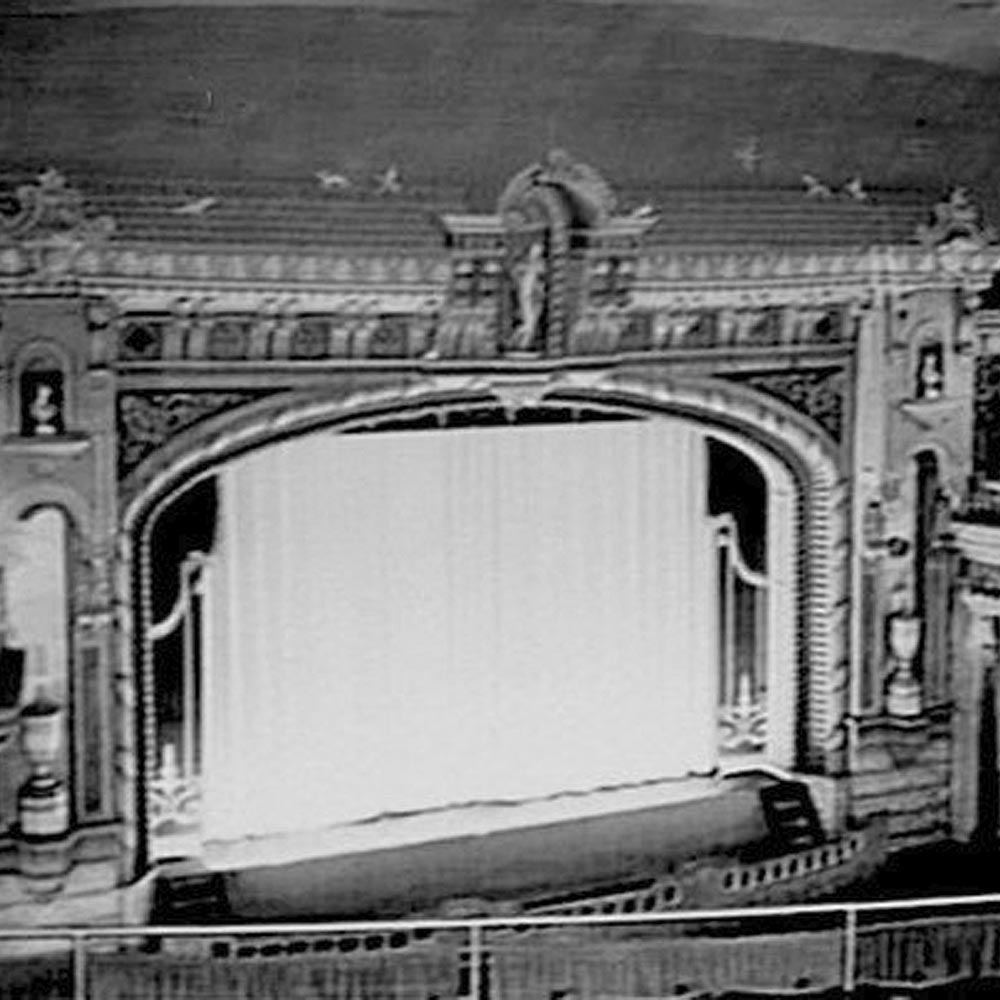 The theatre originally opened in sometime between June and October 1914 as the Empire Theatre. It was remodeled and reopened in April 1930 as the 2,295-seat Empire “Atmospheric” Theatre.

The auditorium was given a Venetian theme, with a Spanish Renaissance style being employed in the lobby/foyer. A souvenir booklet of the revamped grand theatre’s opening on 15th April 1930 describes the theatre as “surrounded by an old world wall and bound by careless creepers that radiate romance. Above, the deep star-spangled blue of the heavens, fleecy clouds float hazily past, through which the stars, the sentinels of the sky shed their misty light, the whole scene suggestive of a lingering hour spent in the land of dreams”. The Venetian garden interior featured stately cypress trees”, terraces, and balconies.

Taken over by Greater Union Theatres in 1948, it was known as the Odeon Theatre from 1950. It closed in July 1966 with a reduced seating capacity of 991, and was partially demolished in 1970, and the remains had gone by 1980. Goulburn Shopping Centre now stands on the site.