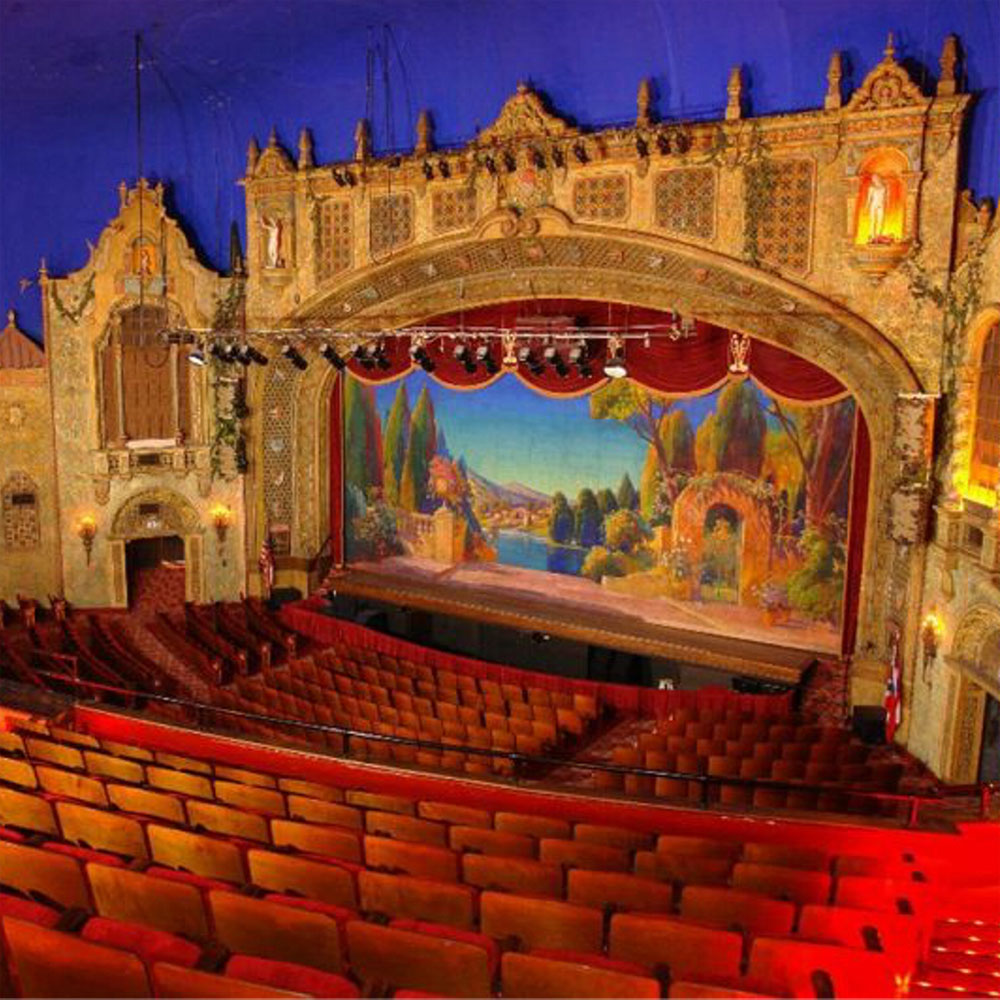 starring William Haines, and vaudeville performances on the stage: the Hamil Sisters, Harry Kahne (a mind reader), and comedy team Tilyou and Rogers. The theatre was built by the Young Amusement Company at a reported cost of $500,000. 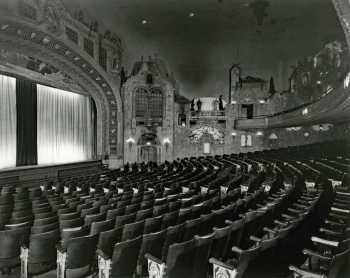 The 1,500-seat theatre was designed for the “talkies” however the opening movie was a silent film, and sound equipment would not be fitted until the second year of the theatre’s operation.

The Palace was designed by architect John Eberson in an Atmospheric style with a Spanish theme, the auditorium resembling a Spanish courtyard. A band of Spanish-styled family crests (all fictional) borders the proscenium arch.

The auditorium was decorated with some of Eberson’s signature stuffed birds, and at the theatre’s opening Eberson presented the theatre manager with a sack of bird seed and told him to “never forget to feed the pigeons”.

The theatre building was designed to be economically self-sustaining, with five retail stores at street level and several office suites above the lobby. All of these areas have now been incorporated into office or meeting rooms for the theatre.

At its opening the theatre boasted a 3-manual, 7-rank Page “Rainbow Gold” theatre organ. Unique in its finish, the Page was said to have shone beams of light into the auditorium as spotlights reflected off its surface. In later years the organ would be sold to help pay the theatre’s debts.

During the 1930, like all vaudeville/movie combination theatres across the country, the Palace’s programming policy slowly trended towards exhibiting movies, becoming a full-time movie theatre in subsequent decades. 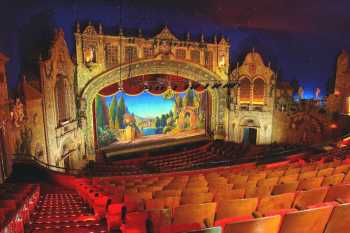 By the mid-1970s and after years of changing ownership, the theatre was in need of a great deal of work and nearly demolished. Local businessman John C. Keggan was told by William Hatch, then owner of the theatre, that he intended to sell up.

A group of seven Marion businessmen, spearheaded by Keggan, pulled out their wallets and rolled up their sleeves. The group became known as the “Palace Guard”. They exercised an option to purchase the theatre in June 1975, then rallied the Marion community and invoked the support of local businesses in order to revitalize the theatre.

The theatre closed in early April 1976 for a 90-day restoration and renovation project. On 8th July 1976 the Palace reopened with a gala performance of “1776”. The Palace Guard morphed into the Palace Cultural Arts Association (PCAA), now a 501(c)(3) nonprofit organization, and became the theatre’s operating organization.

In 1978 the installation of a 3-manual, 10-rank Wurlitzer theatre organ (style 235, opus 893) was completed, its dedication taking place at the theatre’s 50th anniversary event on 30th August 1978. The organ had originally been installed on the Mars Theatre in Lafayette, Indiana.

In 2008, a multi-purpose addition called the May Pavilion, to the west of the theatre, was opened by the PCAA. The space serves the community’s needs for meetings, weddings, receptions, reunions, and corporate meetings.

In 2013 the theatre building’s façade was restored, complete with authentic terracotta and historic brick. A digital marquee and restored vertical sign were also installed.

The Palace Theatre is a vibrant performing arts venue for national touring artists, regional performers, local community theatre, and second run movies. The theatre building is in use more than 345 days per year.