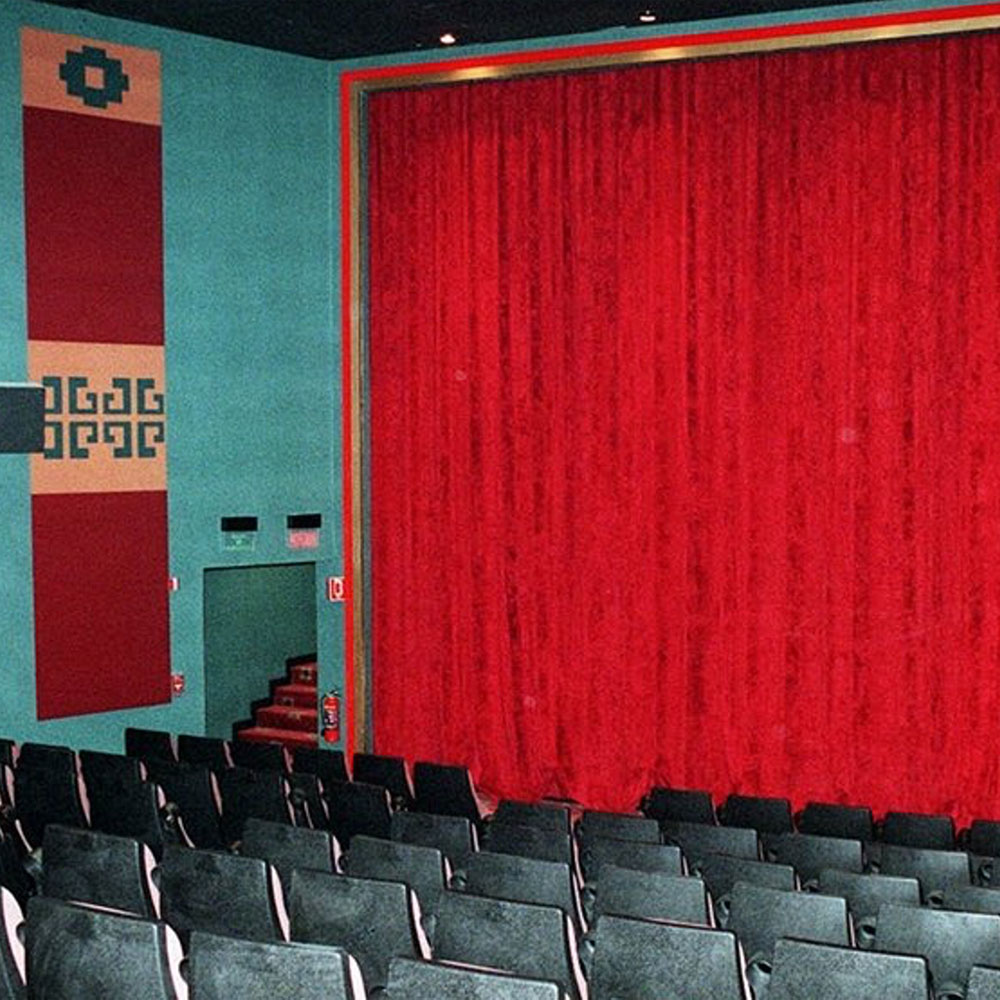 The Palacio Chino opened in 29th March 1940. It used the shell of a former ball court whose space was sufficient for a big movie theatre. It was the only movie theatre built in Mexico in a Chinese style, but unlike the Grauman’s Chinese in Hollywood, the interior was of the atmospheric type.

In 1945 it was listed as having 4,000 seats in two levels: orchestra (main floor) and balcony. It featured a fairly large stage, big enough to hold a symphony orchestra, and was sometimes used as a music theatre. Sergiu Celibidache once directed the National Symphony Orchestra here, as an alternate theatre to Bellas Artes, the home of the National Symphony Orchestra.

The Palacio Chino has a flat façade facing onto Iturbide street. The many windows in the façade are styled as small pagodas, and there is a large, ornate, vertical sign. The vestibule was spacious and originally full of Chinese decorations; even the ticket boots were rendered as pagodas.

The auditorium was of the atmospheric type, with pagodas, temples and gold Buddha statues amid gardens. The ceiling was vault-like, not flat but very arched, painted deep blue. The curtain in front of the projection screen was a heavy black curtain with Chinese motifs painted upon it. The proscenium arch was heavily decorated with dragons and other Chinese designs.

The Palacio Chino was subdivided and reopened as a four screen theatre on 11th October 1979.