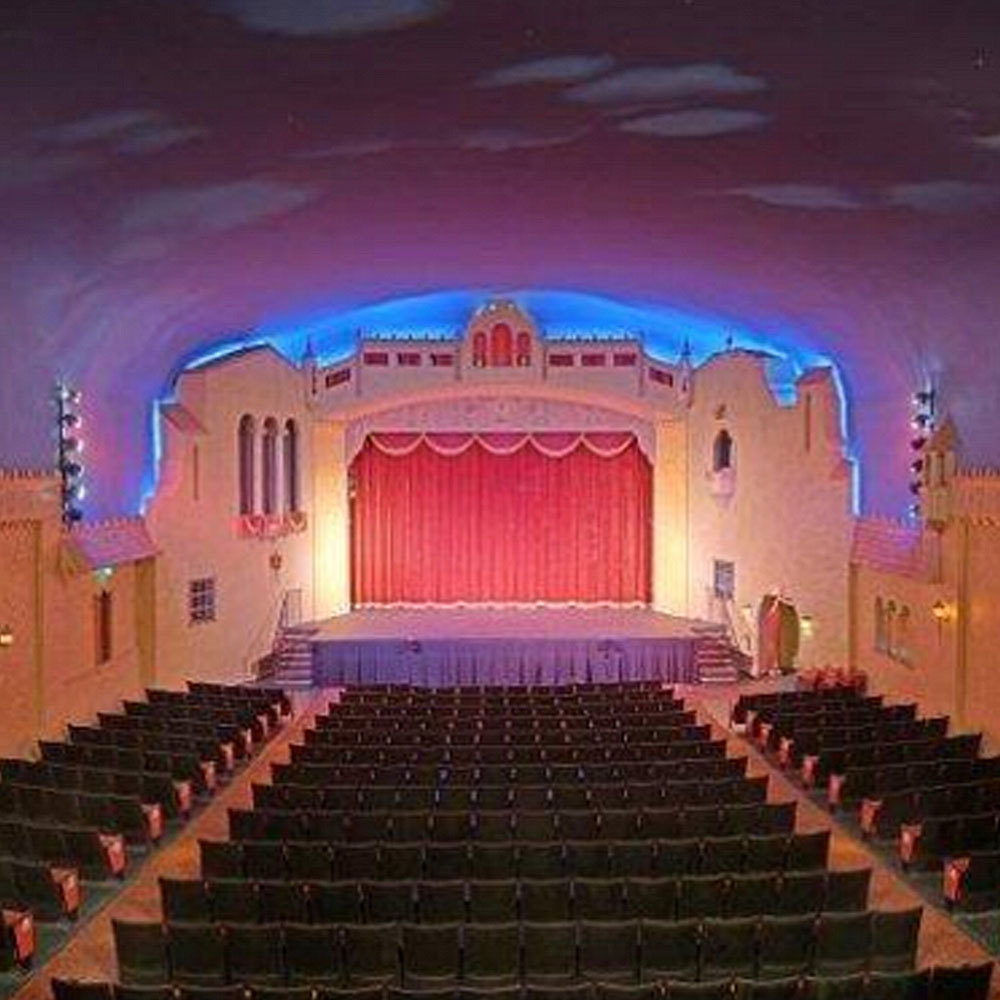 The 1,000-seat Paramount was opened by Paramount-Publix in 1929 to screen talkies, replacing the earlier Park Theater on the same site which had been destroyed in August 1928 by the largest tornado ever to hit Austin. The Paramount opened in September 1929 as a first-run theatre with a parade and Publix officials in attendance.

Despite being built for the talkies, an organ chamber was included (never used) in addition to an orchestra pit, dressing rooms, and rigging over the stage for flying scenery.

The theatre closed in 1975 and later reopened as a nightclub. In 1980 the theatre changed hands and was rebranded as The Theater Night Club.

The theatre was added to the National Register of Historic Places in 1986, being one of the few Atmospheric style theatres remaining in the state of Minnesota.

The Austin Area Commission for the Arts

was formed in 1990 and purchased the theatre two years later with the intent of transforming it into a performing arts center and a venue for classic films, concerts, and civic events.

Restoration efforts commenced in 1996, which including replacing the 1950s marquee with a replica of the original 1929 marquee. With restoration complete, the theatre now hosts performances – both live and on-screen – and is once again the centerpiece of downtown Austin.

The atmospheric style “houses” appearing along the auditorium sidewalls all had back-lit windows and balconies, populated in the imagination by exotic and unseen people. Today, theatre-goers still wonder what or who is in the houses on the walls, confirming that the atmospheric theatre concept still holds audiences in its original spell.