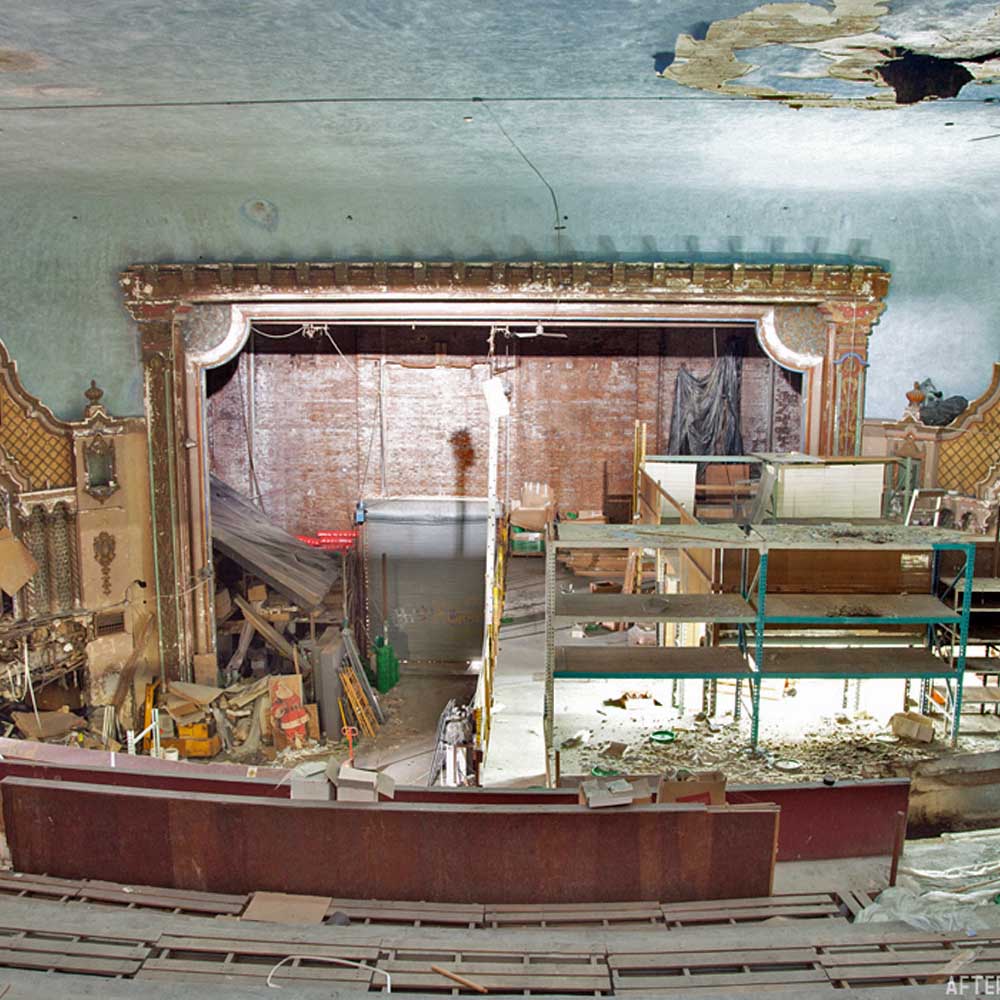 The 1,772-seat theatre opened as the Broadway Theatre at the start of August 1912, built by theatre magnate Walter Reade. Opening night was a pre-Broadway tryout of “The Girl from Montmartre” starring Richard Carle and Hattie Williams. 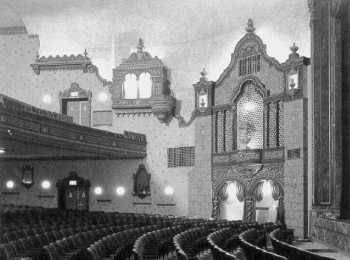 The theatre at its reopening as an Atmospheric in early 1931

Over the years the theatre transitioned from vaudeville to movies, and one of the first films to be shown at the theatre was D.W. Griffith’s The Birth of a Nation

In 1930, the Paramount-Publix movie theatre chain took over management of the theatre and remodeled the theatre in an Atmospheric style with a Spanish courtyard theme, masterminded by architect was Leon Cubberley. Upon its reopening in early 1931, with the movie The Gang Buster

, the theatre was renamed the Paramount Theatre.

Like many movie theatres the Paramount struggled in the 1940s and particularly the 1950s due to the suburban expansion and introduction of multiplex movie theatres, and in mid-September 1959 the Paramount Theatre closed due to the declining audience. The theatre was later sold and used as a warehouse for Siperstein’s Paint.

In 1975 plans were considered to enclose the balcony with glass and have meals served from a restaurant to be installed in one of the adjoining stores. The theatre was planned to host live productions and movies, with a curved screen being lifted into the fly tower during live performances. By 2005 plans were drawn up for a complete revitalization of the immediate area including restoration of the theatre, however the plans fell through and Siperstein’s vacated the theatre around 2011. The theatre was ultimately demolished in mid-2017.

Information in part sourced from After the Final Curtain