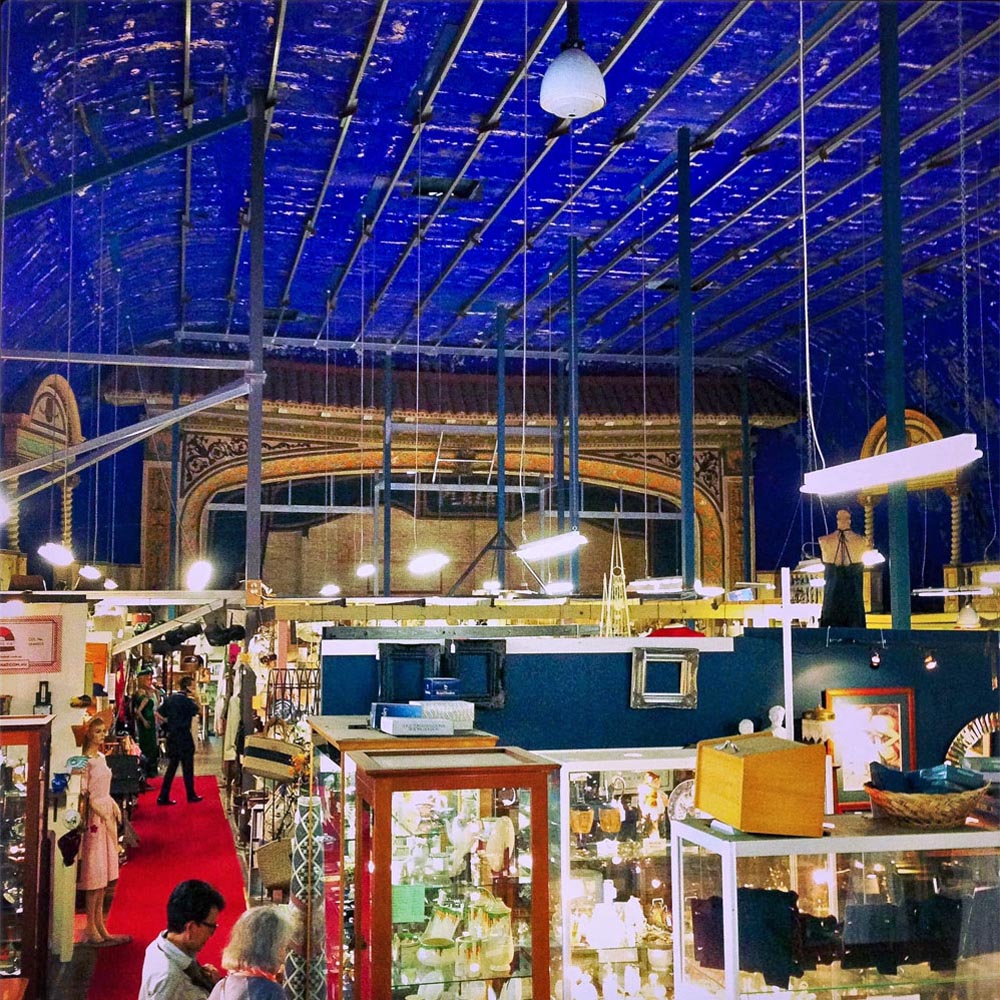 The heritage-listed Plaza Theatre was constructed 1929-30, opening at the end of August 1930. It is now one of the very few remaining atmospheric theatre buildings in Australia.

The vaulted bright blue plaster ceiling featured suspended wooden cut-out clouds which were originally back-lit to simulate the moon behind the clouds. The designers borrowed heavily from Spanish and Middle Eastern architecture. The large Spanish-style proscenium arch, heavily decorated with plaster scrollwork in mission designs and colors still has the original textile valance embossed with the theatre’s name.

Flanking the wide proscenium are ornamental balconies topped by large, arched columns under which used to stand classical style statues. Below the balconies are niches with twisted Roman columns all interspersed with scrollwork and other ornamentation.

The Plaza Theatre was part of the fabric of Brisbane life in the 1930s, 40s, and 50s – open seven days a week. The theatre had the capacity to seat 1,500 people, all on one large sloping level.

Television arrived in the 1950s and hit the theatre business hard. The Plaza Theatre closed in 1962. A level floor was installed, making it suitable for use as a basketball court and matches were played inside the theatre until the building was sold in 1977.

The building began its retail life in 1985 when the Paddington Antique Centre was established by partners Graham and Anne Hesse and Heather and John Mildwaters.

In 2008 the building was bought by Suzy Baines in 2008. Suzy has now brought Empire Revival

to this iconic building, starting a new chapter in its rich history.

Photos of the Plaza Theatre