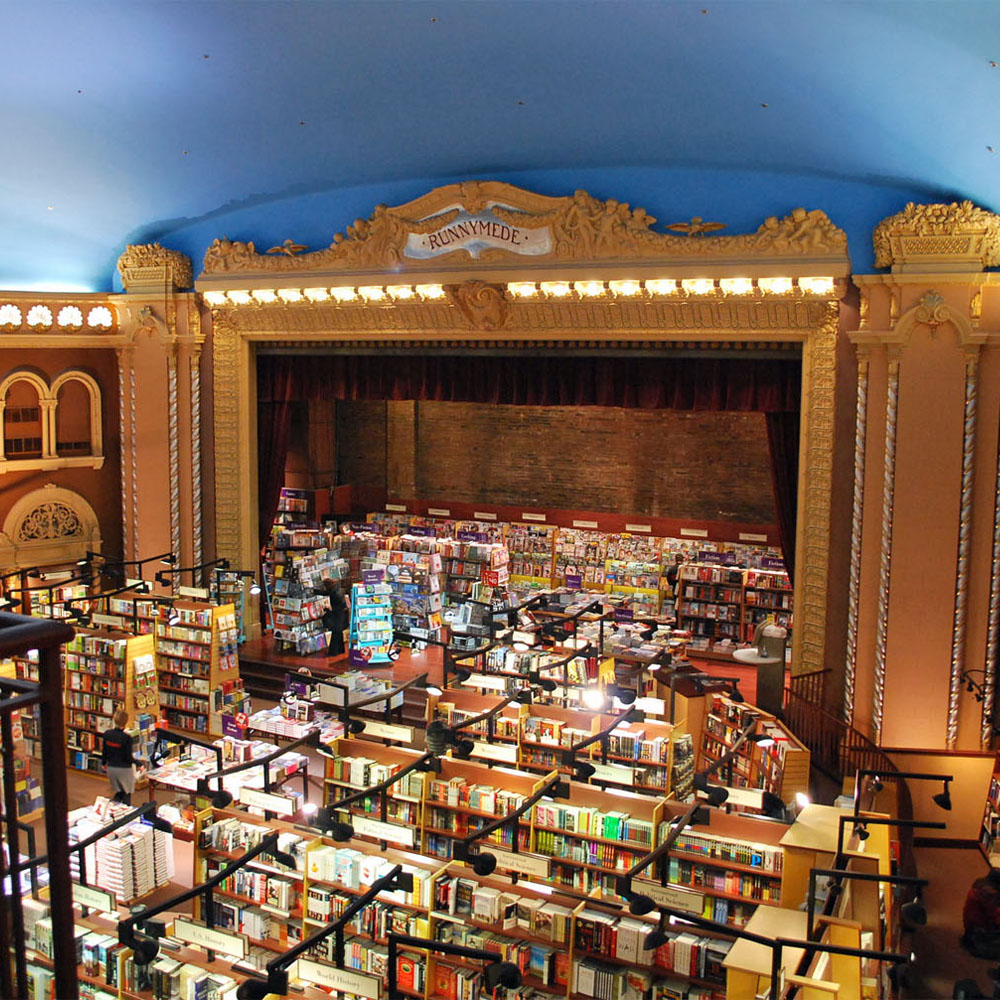 Commonly known as the “Runny”, the Runnymede Theatre was built as an atmospheric vaudeville theatre, the first of this type in Toronto, opening in June 1927. The building was designed by Alfred Chapman, father of Chris Chapman, an accomplished Toronto filmmaker. Known for its music and stage shows, the 1400-seat theatre, branded “Canada's Theatre Beautiful”, quickly became popular and brought prestige to the west end of the city.

Later in 1999, Chapters – Canada's largest bookstore – redeveloped the old theatre into a bookstore while keeping the cinema’s atmospheric interior intact.

Shoppers Drug Mart took over the space at the end of Chapters' 15-year lease in early 2014. The new drugstore opened in April 2015.

Photos of the Runnymede Theatre