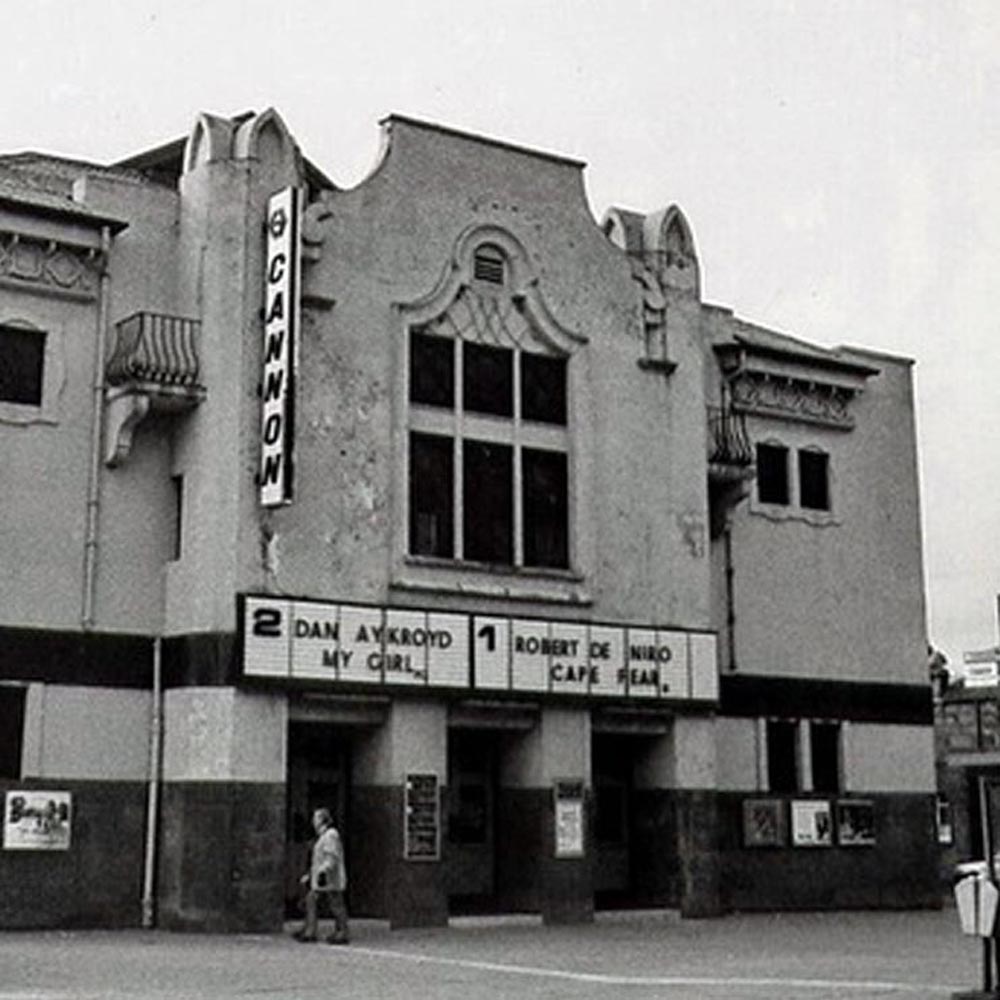 The Toledo Theatre opened in October 1933 and was designed by architect William Beresford Inglis, with seating for 1,598.

The Toledo’s interior was designed to give a feel that the patron was sitting outside in a Spanish courtyard, surrounded on either side by small false buildings and painted landscapes, with a ceiling above painted blue to feel like sky. The exterior of the building was designed in a Spanish/American style.

A year after opening the theatre was taken over by Associated British Cinemas (ABC) who operated for the remainder of its life, apart from the last couple of years when the Cannon Group took over. The theatre was triplex’d in 1982 with Screen 1 seating 482 in the balcony area, Screen 2 seating 208 in the front Stalls (main floor) area, and Screen 3 seating 90 in the rear Stalls (main floor) area. Ultimately the Toledo closed in October 2001.

designated the Toledo Cinema as a Grade B listed building, however the majority of the building was later demolished and only the façade remains today, as the front of a block of flats/apartments built by Cala Homes.