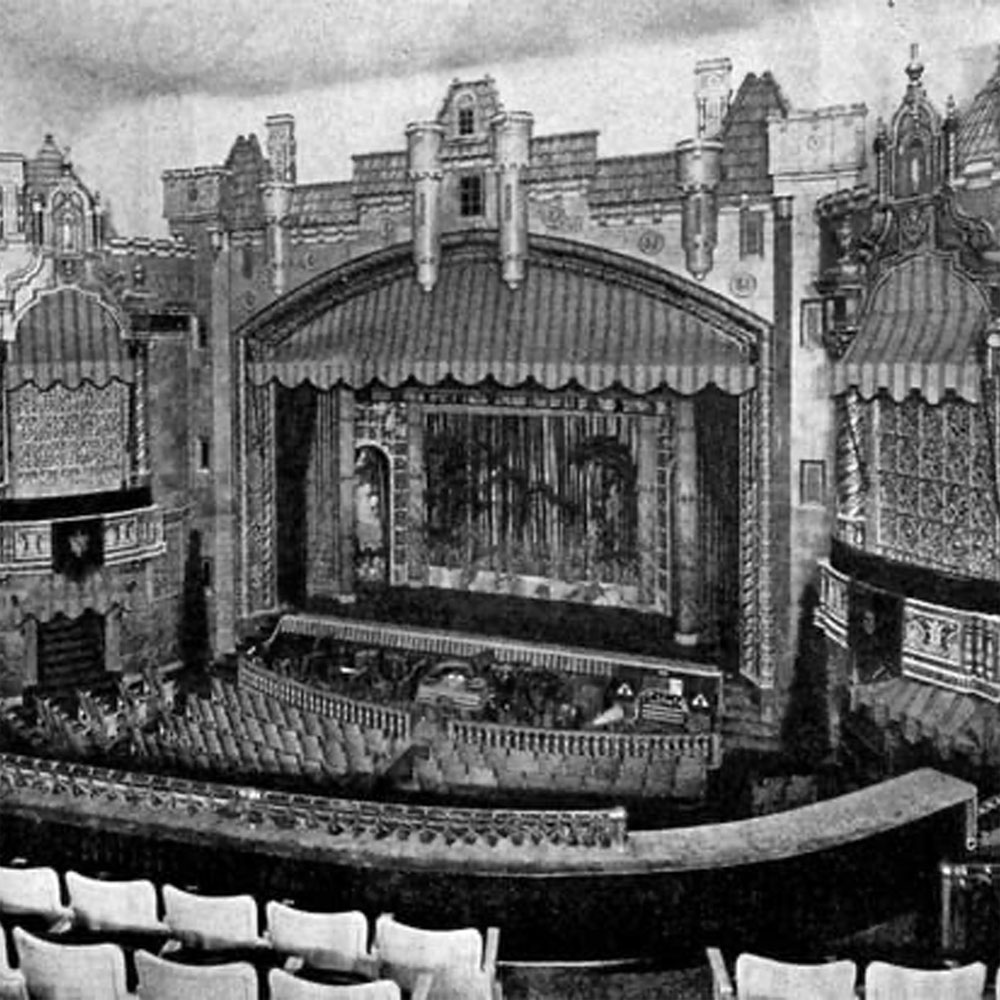 The Varsity Theatre is the only known example of an atmospheric theatre designed in a French style. More specifically, the theatre was designed to represent the courtyard of a French chateau “of magnificent coloring and rare charm”. The sidewalls represented castle walls, abutting the proscenium with turrets and buttresses hiding organ chambers within. The proscenium arch formed “a massive arched gateway with flying flags and pennons” and suggested the view out over a lowered drawbridge from the castle courtyard of the auditorium, out onto the stage beyond.

At 2,500 seats, the Varsity Theatre was one of the largest suburban Chicago movie palaces ever built, and was also one of the most spectacular. The cerulean blue sky dome featured twinkling stars, floating fleecy clouds, and a delicate crescent moon which sailed slowly overhead during the performance.

The theatre’s 3-manual, 26-rank organ, built by the Genevan Organ Company, was quoted as having an “atmospheric console”, designed to look like a mini French chateau complete with turrets and windows all mounted on a seemingly rugged stone base.

The Varsity closed in 1988. Almost immediately after the theatre closed the main level and lobby were gutted and turned into retail space.

, in 2010 the City of Evanston received a $50,000 grant from the National Endowments for the Arts to conduct a feasibility study on reopening the theatre as a performing arts center. In July 2011, the study concluded that given that the first floor of the theatre was currently occupied by a retail store, and not available for redevelopment, that the performing arts needs of Evanston are greater than the Varsity Theatre could accommodate alone. They recommended developing a number of performing arts spaces in downtown Evanston, instead of just one central location.

As of 2021, the theatre’s main floor retail space has been vacated by the previous tenant (a Gap store) and remains empty.

Photos of the Varsity Theatre