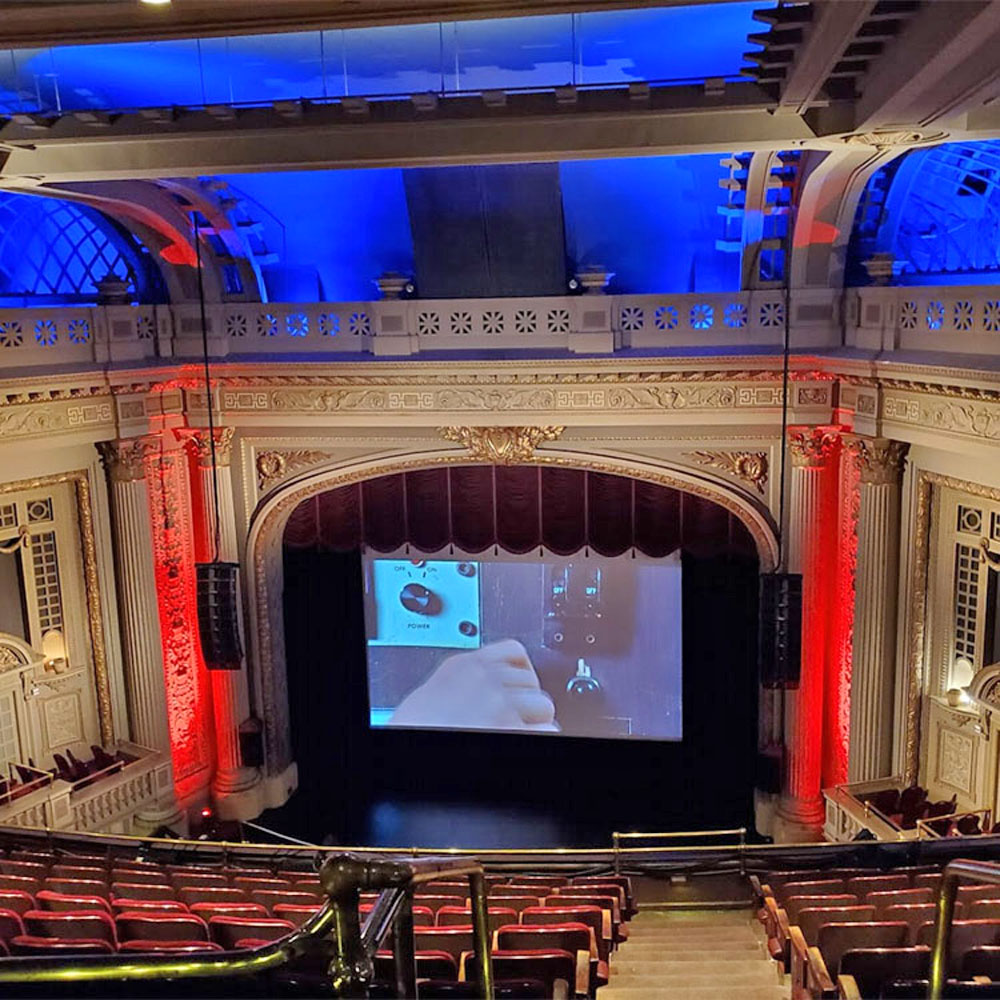 The Majestic Theatre in Dallas is the first of architect John Eberson’s proto-atmospheric theatres, insomuch as Eberson was clearly experimenting with architectural elements which would go on to feature in his self-declared atmospheric theatre designs.

The theatre began as a home for both movies and vaudeville shows and had an original seating capacity of 2,800. In 1932, the Majestic began showing movies exclusively. By 1941 it was operated by Paramount Pictures Inc. through their subsidiary Hoblitzelle & O’Donnell. Film was the main attraction for the Majestic until dwindling downtown audiences and poor ticket sales drove the theatre out of business in 1973.

The Majestic was reopened by the City of Dallas along with donations from private and corporate supporters in 1983 after undergoing a transformation to accommodate more seating for performing arts and concerts.

In terms of design, the Majestic features formal Corinthian columns surrounding a triumphal proscenium arch combined with symmetrical organ grilles giving way to a latticework with a smooth plaster ceiling behind, backlit in deep blue. Perhaps suggestive of the night sky?

Eberson would followup the Majestic with his next proto-Atmospheric theatre, the Indiana Theatre in Terre Haute, Indiana.