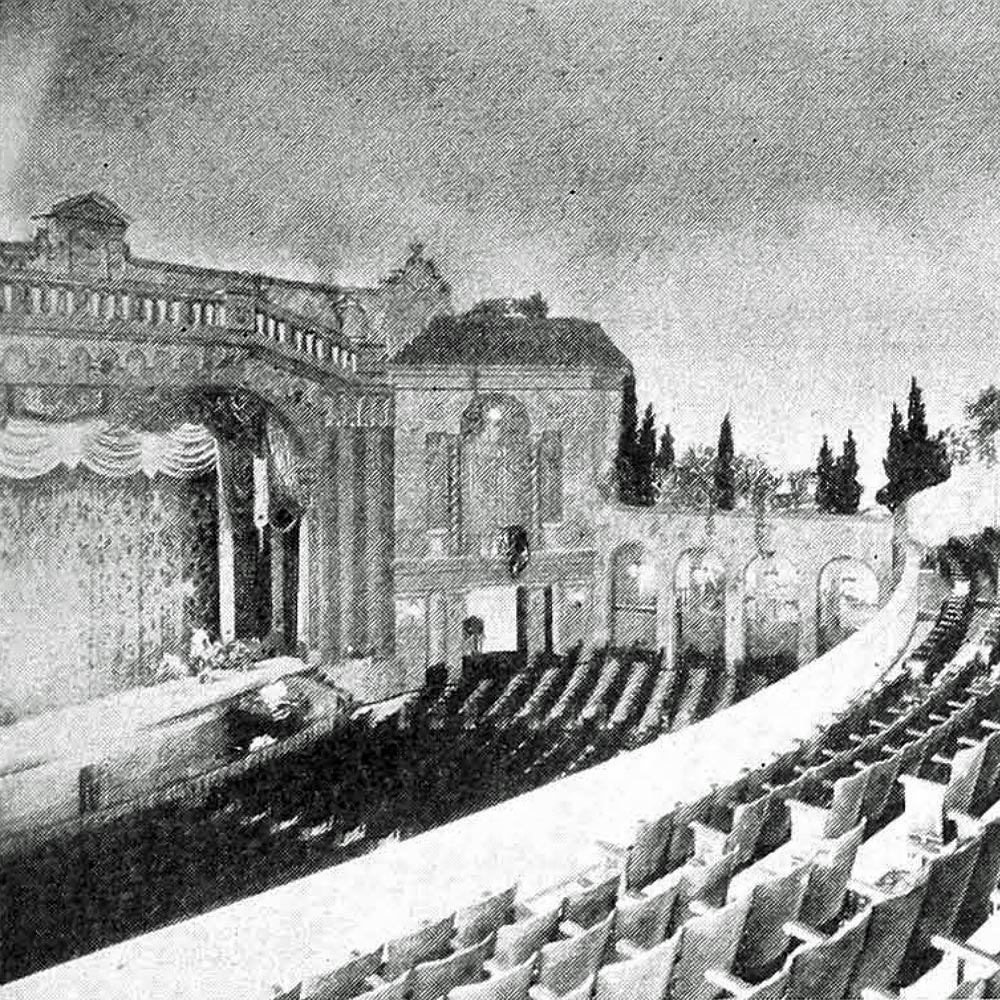 The Venetian Theatre was reported as being the first “real” atmospheric theatre in the state of Wisconsin. Built for the Milwaukee Theatre Circuit (a division of Universal) at a cost of over $500,000, the theatre accommodated 1,500 within its Italian garden themed auditorium.

From the balcony the vista of a tree-lined row of building tops interspersed with statuary created a romantic view under the starry sky as projected clouds drifted by. The theatre’s 2-manul, 8-rank Wurlitzer organ (opus 1572) spoke out of chambers on either side of the proscenium arch styled to look like ornate city gates.

The Venetian fell victim to the onset of television in the 1950s and closed in 1954. The space then became a furniture store with a suspended ceiling in the auditorium.

Eventually businesses vacated the building, and in April 2007 the theatre was demolished. As of 2022 the lot occupied by the theatre remains empty.