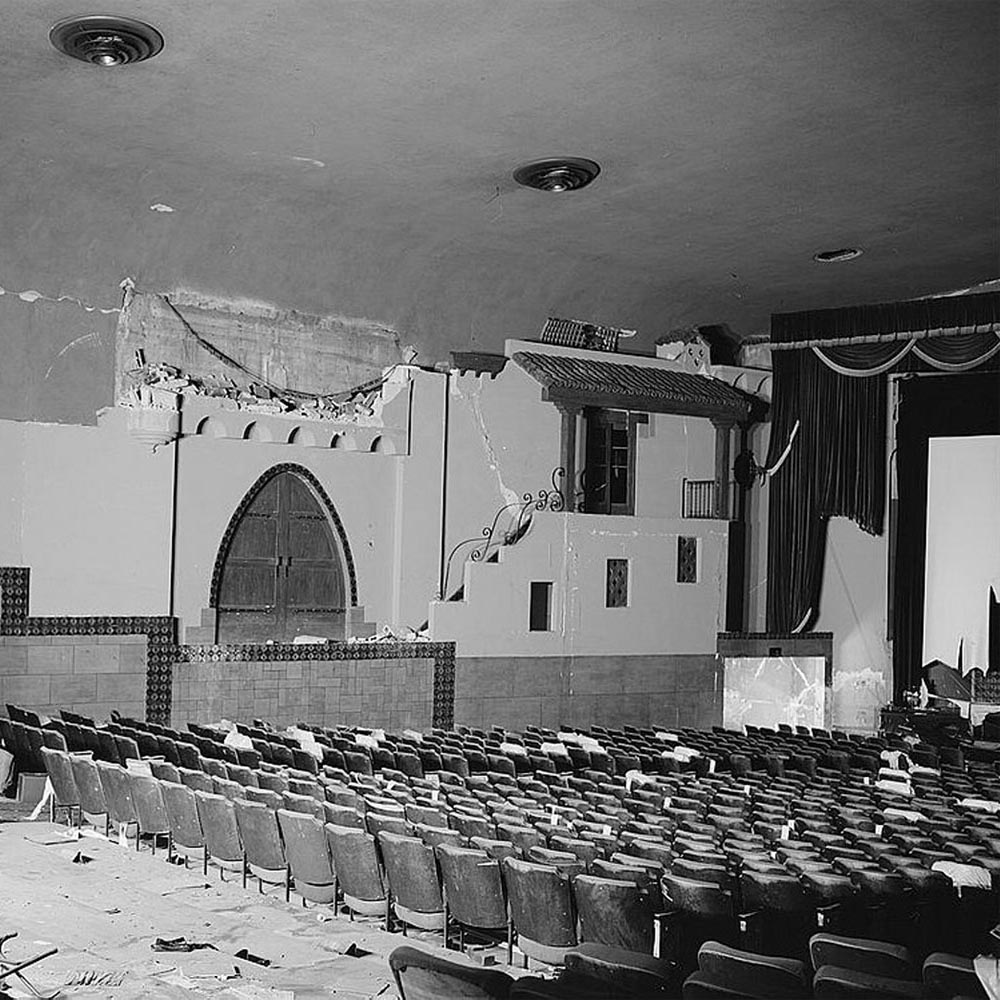 The $160,000 theatre opened as part of the McNees Theatre Building, built by the Whittier Amusement Company. The building originally housed a café, market, drug store, and a number of smaller shops and concessions in addition to the theatre itself. The theatre was approached through an open court into which the surrounding shops faced.

The new “atmospheric” type of theatre was claimed to be the first of its kind on the US West Coast, however in reality was pre-dated by the Warner Hollywood Theatre and the Alex Theatre in Glendale, to name a couple.

News reports of the time noted that “illusion of the natural sky at evening is presented by the color of the ceiling, moving clouds across the sky, and twinkling stars”.

The McNess name did not last long, as by late 1929 newspapers were reporting the theatre reopening as the Warner Bros. Whittier.

Warners had seemingly backed-out by the early 1930s when the theatre was again marketed as the Whittier Theatre. In later years it was known as Bruen’s Whittier. Pacific Theatre took over the theatre in 1969.

The theatre sustained damage from the 1st October 1987 Whittier earthquake and did not reopen. Despite being repairable the theatre was demolished in May 1990 and the plot redeveloped into a strip mall. A CVS pharmacy now occupies the sites where the theatre once stood.