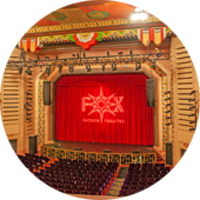 The Fox Tucson Theatre opened in early 1930 as a dual vaudeville/movie house, featuring a $20,000 Wurlitzer theatre organ and a stage large enough to present vaudeville acts. The theatre closed in 1974 and lay dormant for many years before a restoration project commenced in the late 1990s. The Fox is now a flourishing performing arts center in the heart of the downtown Tucson. 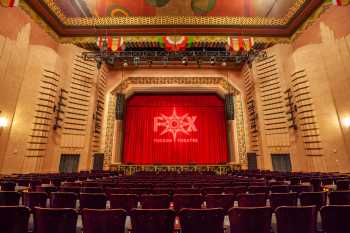 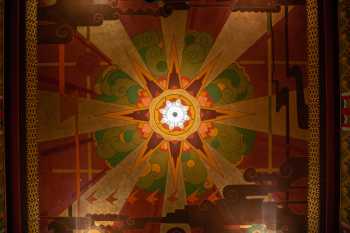 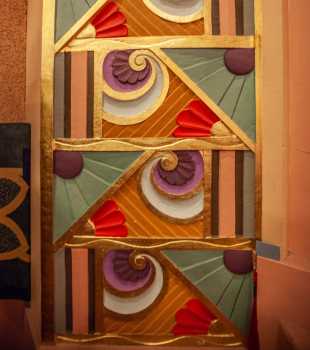 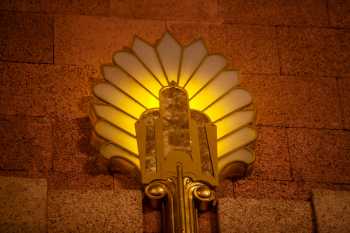 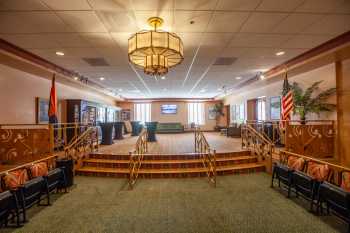 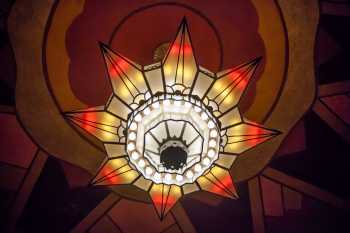 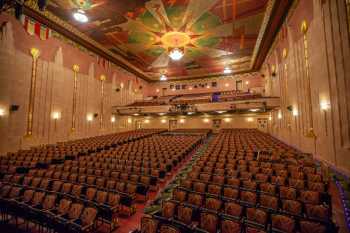 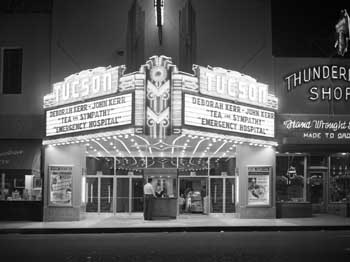 Planned in mid-1929 as the Tower Theatre, the builders – Diamos Brothers’ Lyric Amusement chain – were approached by Fox West Coast Theatres in late 1929 and pressured into leasing the theatre to Fox given the alleged threat that Fox would build a larger theatre opposite if the Diamos Brothers didn’t comply. Agreements were reached and construction continued with the theatre opening as the Fox Tucson Theatre on 11th April 1930.

While the majority of Durfee’s designs were built in Los Angeles and Orange counties, Durfee relocated to Tucson Arizona for a few months in 1921 and it’s possible that connection brought him the commission for the Fox theatre there some years later.

The layout of the theatre is L-shaped, with the audience entrance approaching from the south on West Congress Street and the theatre running East-West with its backstage adjoining North Church Avenue.

Interior decoration was by Robert E. Powers Studios of Los Angeles, and according to its National Register of Historic Places listing the theatre is the only known example of a Southwestern Art Deco, or “Pueblo Deco”, movie palace.

The theatre opened during the Great Depression and its budget increased during building from $200,000 to $300,000. For these reasons, at the time of building the dressing room areas in the theatre’s basement were not completed to save costs.

Originally intended to seat 1,300, the current seating capacity is 1,164 with the main floor of the auditorium seating around 800 and approximately 350 in the balcony.

The theatre originally featured a gold plush rhinestone curtain as the grand drape, with a “silver dream cloth” as the title curtain.

The interior of the auditorium was finished with Acoustone, a product of Acoustone Co. Ltd. of Los Angeles, and the theatre featured prominently in the company’s advertisements. To the un-trained eye the walls of the theatre may look like a concrete box however the 1930s-era Acoustone treatment has been praised over the years for its acoustic response in deadening the room for live performances.

Opening night was 11th April 1930 and – aside from street closures to facilitate celebrations – featured newsreels, cartoons, and the presentation feature “Chasing Rainbows”

Starting in the 1930 the theatre hosted the Mickey Mouse Club, and although the national organization was disbanded in 1933 the club continued in Tucson. Open to children of all races (unusual for the time given the Fox policy of permitting African Americans into only the rear of the balcony), the club was popular and persisted into the 1950s.

In 1956 the theatre was remodeled however details and photographs from this period have proved elusive. 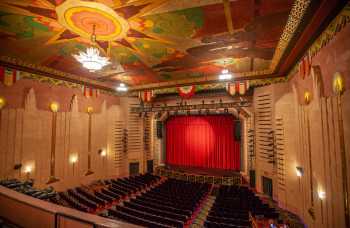 The restored theatre in 2019

In 1974 the theatre closed due to the general decline in popularity of downtown and competition from newer movie theatre multiplexes in the suburbs.

In 1997 negotiations commenced on purchasing the theatre, and in 1999 the Fox was purchased for $250,000 by the Fox Tucson Theatre Foundation. Having sat dormant for 25 years the theatre had suffered extensive water damage and vandalism, and was home to over 40 homeless people.

The current marquee, a replica of the original which was removed in 1940, was installed in 2002. The original “FOX” vertical sign collapsed upon removal in 1985. In 2002 a new vertical sign, fabricated by Fluoresco Lighting and Signs

In 2002 a 4-manual, 27-rank Wurlitzer theatre organ was donated to the Fox Tucson Theatre Foundation by Dr. Malin Dollinger, and in 2018 its installation into the theatre commenced, highlighted at the time

by local news outlet KOLD Tucson News Now. The organ was restored by Grahame Davis of Pipe Organ Artisans. Significant donations to the project included a grant of $17,500 from the Southwest Foundation for Education and Historic Preservation and a $10,000 grant from the March and Ampel Family Fund. By mid-2018 over 50% of the organ pipes had been installed. In mid-April 2019 an “Organ Preview Concert” was held at the theatre. The fully restored organ was dedicated on 30th October 2021 in a performance accompanying the 1922 silent movie “Nosferatu”.

How do I visit the Fox Tucson Theatre?

Tours take place every second Tuesday of the month at noon from September through May and last about an hour. The tour is free but donations are happily accepted. For further information check out the Tours page on the theatre’s website

Photos of the Fox Tucson Theatre