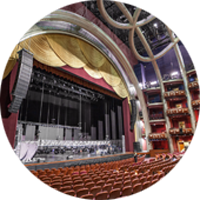 Hollywood’s 3,400-seat Dolby Theatre, formerly known as the Kodak Theatre, was designed as a permanent home for the annual Academy Awards ceremony (the Oscars), and having opening in November 2001 has hosted the Oscars every year since. The theatre is located within the Hollywood & Highland entertainment and shopping complex, in the heart of Hollywood. 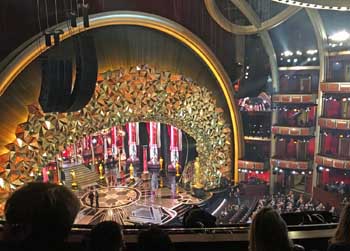 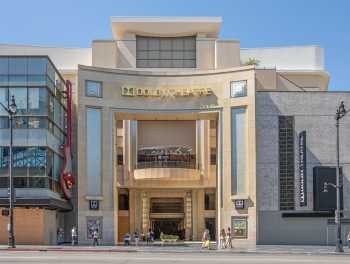 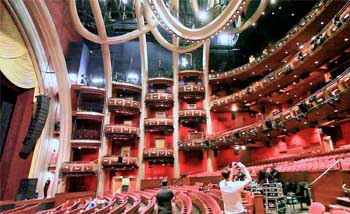 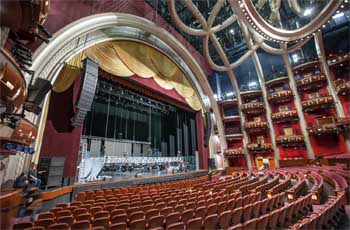 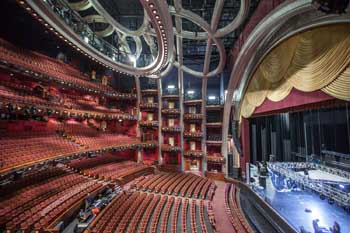 The theatre was designed by David Rockwell of the Rockwell Group

, in conjunction with Theatre Projects Consultants

A core component of the design was ensuring large-scale television/broadcast events could use the theatre effectively, both technically and in appearance, and as such leading industry professionals were consulted extensively throughout the planning and design phases. 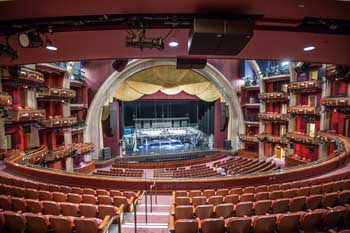 The design of the auditorium sought to blend glamour with function, which Rockwell considers a modern interpretation inspired by theatres of the 1920s. The main level comprises Orchestra seating with the Parterre located behind a small break in height. There are three balconies which are flanked with boxes on each side, stepping down toward the proscenium. The ceiling features a striking silver tiara which extends vertically down to the auditorium floor.

A major component of the theatre is its five-level grand lobby, in part inspired by the Paris Opera House where large lobbies allow everyone to see and be seen – something considered crucial to the theatre’s Hollywood aspirations at the time of design. 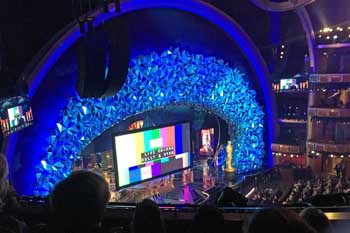 The stage is among the largest of indoor theatres in the United States, slightly smaller than both the Shrine Auditorium and Radio City Music Hall, however the theatre’s seating capacity is significantly less than both – around half.

, an acrobatic journey through the world of cinema, from mid-2011 until early 2013. Although initially booked for a run of 10 years with a month-long break each spring for The Oscars, the show closed in early 2013 due to poor ticket sales. Cirque du Soleil made significant changes to the theatre, including adding stage lifts extending 44ft under the original stage floor, at a cost of approximately $40 million.

As of 2018 the Dolby Theatre plays host to a healthy number of live events in addition to TV tapings and award shows. The Oscars continue to be broadcast to a global audience from the theatre, and since 2016 America’s Got Talent

has hosted all live shows from the theatre.

How do I visit the Dolby Theatre?

The Dolby Theatre runs tours seven days a week, throughout the day from 10:30am to 4pm, except when theatre operations prevent tours from taking place.

The docent-led walking tour lasts 30 minutes and includes a visit to the Dolby Lounge where you will see a real Oscar statue. Access to the theatre and particularly the stage is at the discretion of the visiting company and/or theatre operations on the day and is not guaranteed. Tickets are $23 (Seniors/Youth $18) and may only be purchased from the Dolby Theatre Box Office in person. Advance bookings are not usually necessary. Further information is available on the Dolby Theatre’s website

Photos of the Dolby Theatre