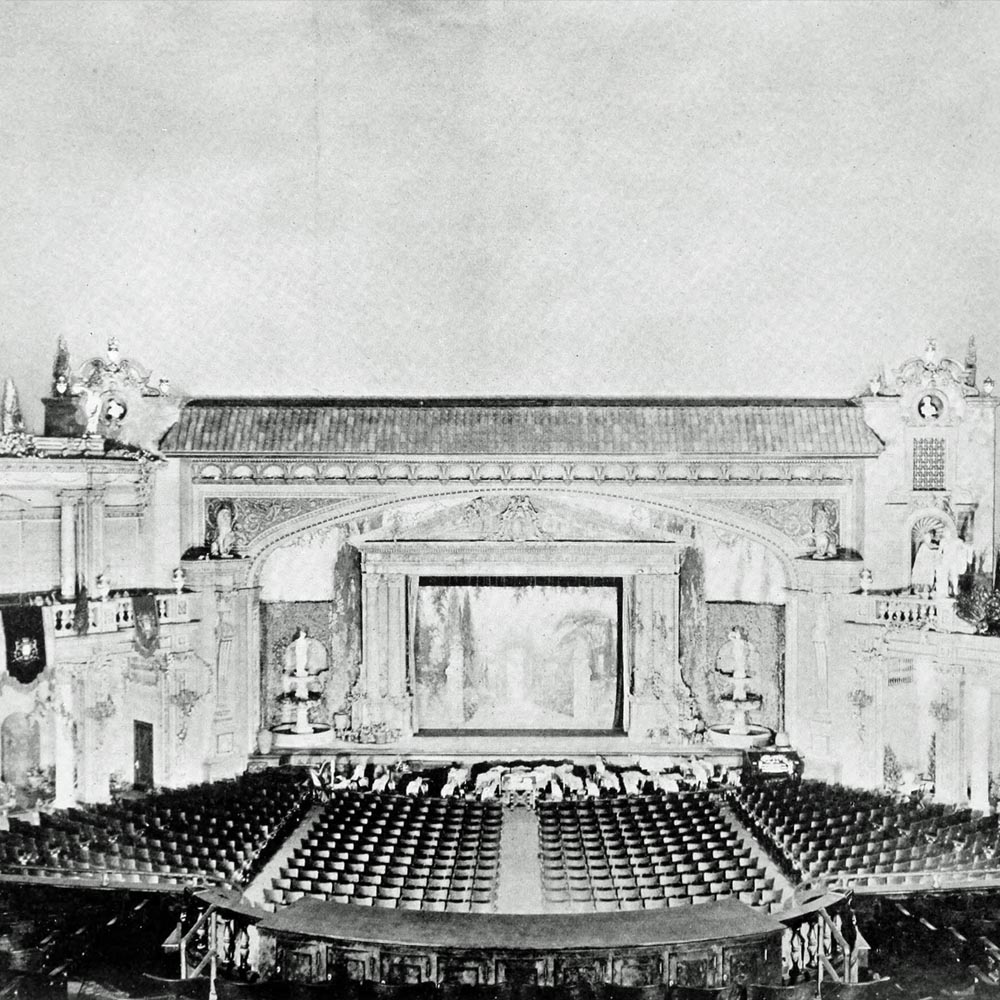 The Capitol Theatre was located in Chicago’s Auburn Gresham neighborhood. Opened in January 1925, the Capitol Theatre was designed by the famed theatre architect John Eberson. His other Chicago theatres included the Paradise Theatre and the still-remaining Avalon Theatre (now known as the New Regal Theatre). This very large neighborhood theatre had an auditorium done in the Atmospheric style, resembling an ancient Roman villa complete with statuary, vines, and miniature temples covering the organ grilles.

The Capitol Theatre’s lobby and foyer areas contained plaster copies of antique Greco-Roman reliefs, more statuary and mosaic tiled floors. Like the auditorium, the lobby had a blue starlit sky. At one time, the theatre also contained a 3-manual, 17-rank Wurlitzer theatre organ.

The Capitol Theatre was closed in 1974, and the decaying theatre was demolished in 1985. As of 2022 the site remains an empty plot of land.