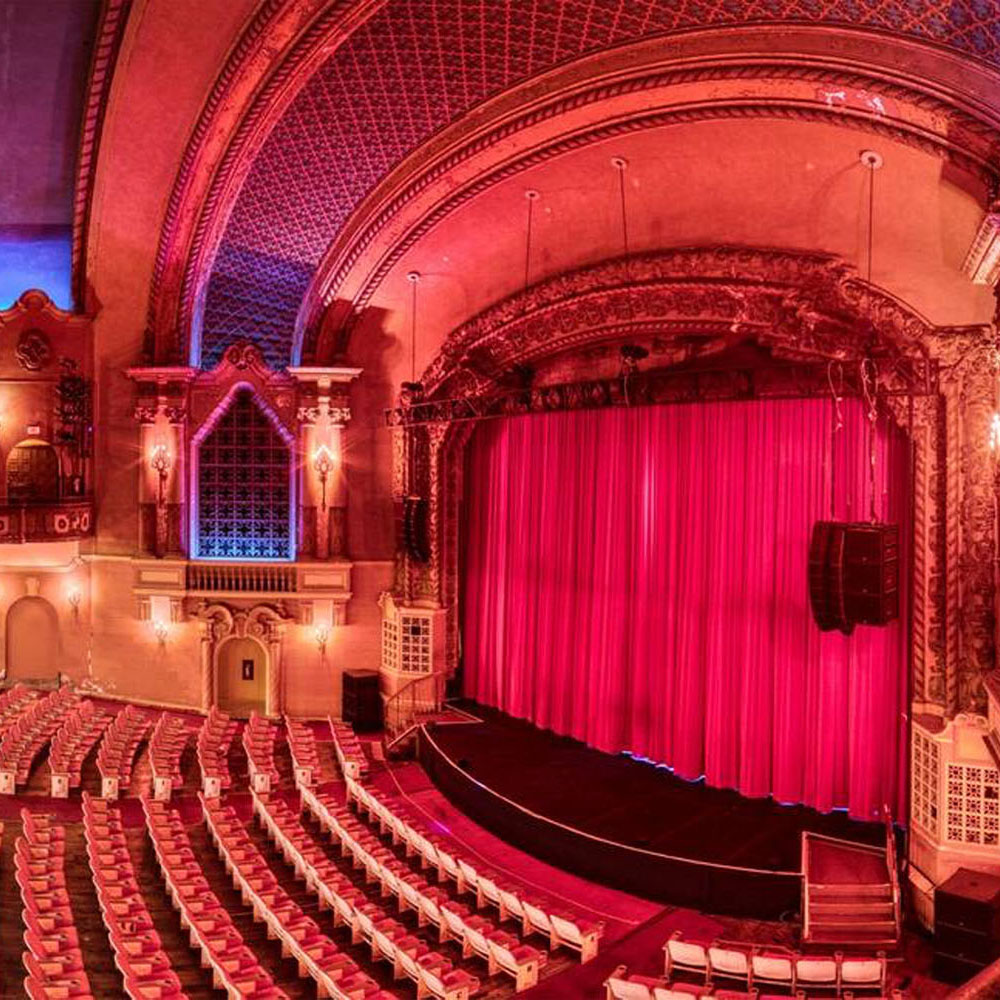 The Orpheum in Wichita is the third and final of architect John Eberson's proto-atmospheric theatres. Although it features a symmetrical auditorium design, a cerulean blue sky sweeps overhead, bordered at the sidewalls by faux tiled roofwork and lit with concealed cove lighting. There are star-lights in the sky ceiling, and if these are original that is highly significant.

The Orpheum Theatre was originally conceived by a group of local investors and when construction completed it was leased to Carl Hobitzelle, the operator of a $6 million theatre chain. The theatre opened on September 4, 1922 with five acts of vaudeville on stage and the movie “Three-Must-Get-There’s” starring Max Linder. It was an integral part of the famous “Orpheum Circuit” and in its heyday virtually every major star of vaudeville graced its stage, including such luminaries as Houdini, Eddie Cantor and Fannie Brice.

During its vaudeville period, more than 17,000 acts appeared with the playbill changing three times each week. The theatre retains its original fire/safety curtain; a a hand-executed painting on asbestos, designed specifically for the Orpheum Theatre by John Eberson and rendered by Fabric Studio of Chicago.

The Orpheum Theatre was equipped with a Kilgen theatre pipe organ. On May 20, 1929 it was equipped for the talkies and the first sound films to be screened were Mary Pickford in “Coquette” & Kenneth Harlan in “The Alibi”.

Following completion of this third and final proto-Atmospheric theatre, Eberson would next go on to design the Majestic Theatre in Houston, Texas, his first self-declared atmospheric theatre.