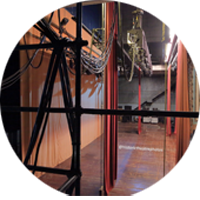 
Here you can find out about the architect firms and individual architects associated with the theatres featured on this website.